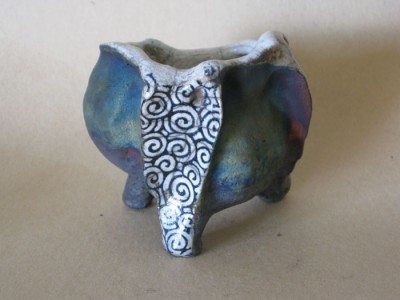 My “Endangered Species” were firstly a series for an exhibition several years ago. Since then many of these small vessels (approximately 8x8cms) have been made, and are continually evolving.

Some are raku fired. With the lustrous surfaces obtainable through copper glazes and post reduction they are representative of tiny creatures such as Christmas beetles, with their beautiful multicoloured ‘shot-silk’ wings. Other “Endangered Species” are Southern Ice porcelain, either water-etched or with cobalt decoration, representing shell forms and patterned surfaces from paper nautilus to cones.

More than 600 species of plants and animals are currently considered threatened in Tasmania. When the term “endangered species” is used most people think of the Tasmanian Devil or some of our large native forest trees. My “Endangered Species” are a reminder to notice the incredible beauty of the tiny threatened invertebrates: the butterflies, beetles, spiders and starfish; and the smaller plants: the lichen, fungi and orchids. With their intricate shapes and amazing patterns, their iridescent colours and subtle variations, all are endangered by excess deforestation, toxic spraying and over-fishing. 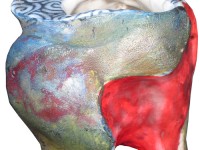 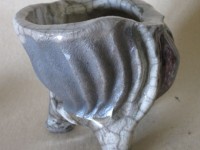 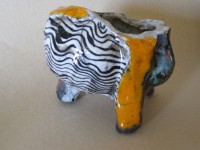 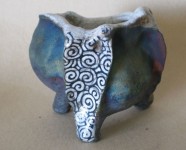 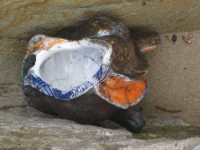 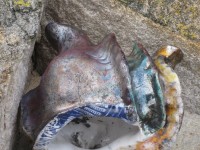 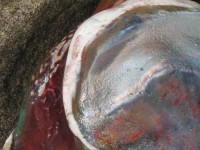 Every living thing has an intrinsic beauty. Look closely.